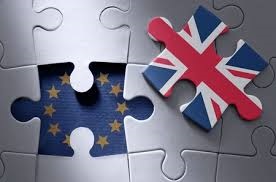 The sun used to never set on the British Empire a little more than 100 years ago.  Today that empire has shrunk and its core, the United Kingdom, appears to be fundamentally fragmented.

After World War II, the UK found itself somewhat marginalised in World Affairs with two global powers the USA and the USSR dominating global matters.  This coupled with the Treaty of Rome in 1957, which saw the beginning of what we know today as the European Union, left the UK further demoted in the hierarchy of global importance.

This new political reality eventually led to the UK joining the EU alongside Ireland and Denmark in 1973.  By joining the EU, the UK had conceded that in order to continue to play a significant and enhanced role on the World stage, they were better to pool their sovereignty with like-minded countries in Western Europe, rather than go it alone.

While never a comfortable member of the EU, the UK played a significant role in its growth and success over many decades. Within the UK even though a majority always generally supported their membership of the EU; there were a large minority of detractors.

This anti-EU sentiment grew in particular in the Conservative Party and its fringes; and notably so, after the financial crash of 2008-10.  To the point, when the Conservatives won their first overall majority in many years in 2015; their leader delivered on his commitment to a simple in or out referendum on memberships of the EU.

We are all aware of the resulting referendum and the UK’s subsequent decision to leave the EU’s Single Market and Customs Union, which created difficulties for Northern Ireland.

The UK now out of the EU, appears to be attempting to renege on international agreements that they have just signed up to, most notably on the Ireland/Northern Ireland Protocol.  This behaviour is perhaps a misguided understanding of their new, self-imposed position in the world.

As the world continues to become more globalised, a national policy of isolationism coupled with a strategy of being a difficult and untrustworthy neighbour; will not lead to the “Global Britain” that UK leaders hope to deliver.

Ireland, as a small member state of the EU, which makes up little more than 1% of its population; has demonstrated how to leverage its sovereignty to achieve diplomatic policy goals and feats on a world stage.

While the UK hoped hosting the G7 this week in Cornwall would underscore their “Global Britain” policy and ambition, The EU and the USA’s leaders have combined to ensure that the UK adhere to their international obligations in a very public manner.

The reality is that the UK’s international punching weight has not been as low since the 1950’s and their “Global Britain” dream in reality is no more than just “Little England Isolationism.” This effective policy will curry little favour in the 21st century, as pan-continental and global institutions play an ever-increasing role in Our World today.