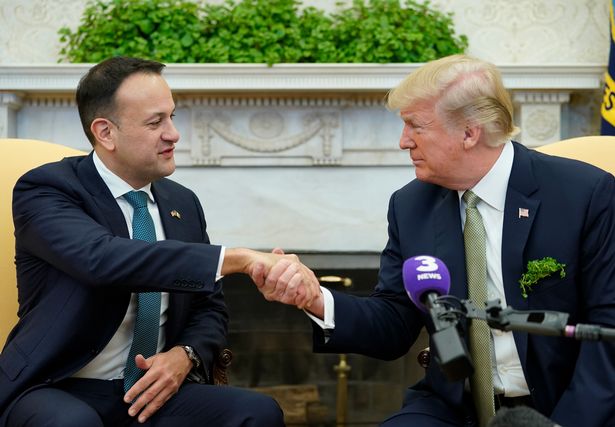 Decision time. Should the Taoiseach travel to Washington for St. Patrick’s Day?

An imminent decision for government in the coming days is whether or not to proceed with the annual St. Patrick’s Day visit to Washington.

In normal times, some thirty Irish Government Ministers would depart our shores to visit the four corners of the World representing Our country and diaspora.  They are visits where Ireland dominates the world media for all the right reasons for an entire day.

The benefit to Ireland every year, is almost immeasurable in terms of publicity, generation of goodwill and contact with global leaders.  It is used as a launchpad for the Irish tourism season each year; and is hugely beneficial for Irish business.

The St. Patrick’s festivities usually culminate in a bowl of shamrock being presented from the Taoiseach to the President of the United States; a tradition which began in 1956.

Ireland is the only country in the world to be guaranteed a sit-down formal meeting with the President of the United States in the White House every year.  Even in the middle of a global pandemic, we should be careful about breaking this annual tradition.

In terms of employment, 160,000 people are directly employed by American
companies in Ireland. There are also 110,000 people employed in America by Irish companies.

Ireland has huge cultural, historic and economic ties to the United States, possibly more so than any other country.

Even a very pared down version of the traditional travel programme; with just the Taoiseach and some senior diplomats and advisors would be beneficial for this country.  A short programme of meetings and events could be planned and arranged safely in the coming weeks.

When it comes for decision in the coming days, the Government should agree that the Taoiseach should travel to Washington and continue this unique annual opportunity that only presents itself to Ireland.