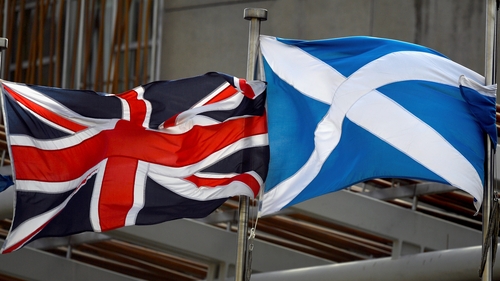 As Scotland’s future hangs in the balance; Ireland must prepare for change

With less than 80 days to go before Scottish Parliamentary elections, her future hangs in the balance and Ireland must start preparing for more potential change.

In 2014 Scotland held a referendum, whether or not they should become an independent country.  In the end, the Scottish people voted against the referendum by a margin of 55.3% to 44.7%.

There were significant interventions by then President of the European Commission Jose Manuel Barroso; along with the then Prime Minister of Spain; who both stated that EU membership for Scotland would be difficult to obtain.

Barosso’s comments were made; by way of supporting a member state (The UK) and Mariano Rajoy (Spanish PM) made the comments; concerned about the possible implications for the Catalonia region of Spain.

While the potential difficulties around being able to stay as a member of the EU featured as a big reason why people voted to stay in the UK. T he main reason was around currency and how the domestic economy would cope.

The promise of economic and political stability and certainty seemed to sway Scottish voters to remain in the UK and in the EU.

However, since the first Scottish Independence Referendum; Brexit has happened and with it a 20% fall in the value of sterling.  The decision by the UK government to also leave the EU’s customs union and single market; has also damaged the UK’s and Scotland’s economy.

These now coupled with the unforeseen Covid19 pandemic and the handling of it, appears to have shifted public opinion in Scotland towards independence.  With various opinion polls showing a majority support.

In the coming weeks, it appears that the Scottish Nationalist Party are on course for a huge win in the parliamentary elections.  The top item on their election list, will be for another independence referendum to be held to build on its current momentum of support.

The pressure on the Conservative government may be too great to resist a second Scottish Independence Referendum.

The political decisions from a number of years ago, to hold a simple in or out EU referendum; continues to have lasting political consequences for the UK.  With less than 80 days of campaigning left; Independence in Scotland is back on the agenda and with it; the prospect of a new EU member state.

In turn, this could have consequences for Ireland; as an Independent Scotland will most likely enter talks to join the EU and model itself politically and economically on Ireland.  This is an external threat to Ireland that could have a wide variety of impacts for which we should be preparing for now.